The Members of the Roseville Police Officers Association are committed to protecting those who protect. We thank all of those who risk their lives for the city of Roseville. Click on our names to learn more about us. 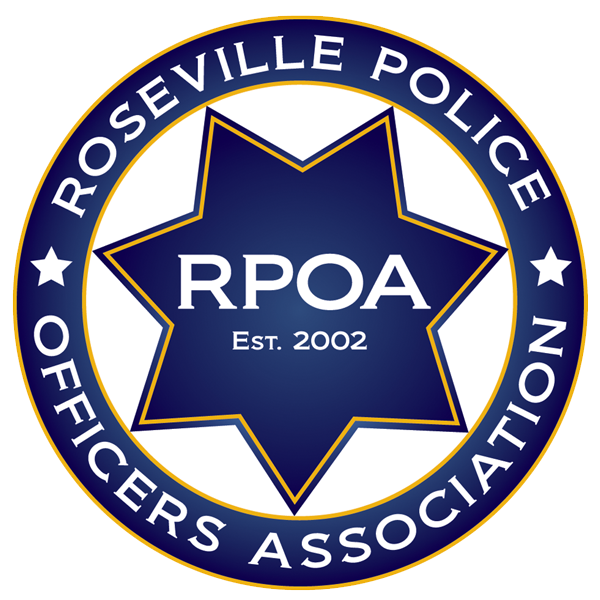 Eric Eastman has been a police officer for 23 years. Eric started his career in 1994 working for the Santa Clara Police Department as a reserve police officer. In 1995, Eric was hired by the San Jose Police Department as a full time officer. Eric worked for the SJPD for six years as a patrol officer, a motor officer and was a member of the SJPD motorcycle drill team. In 2001, Eric moved from the Bay Area to Roseville to raise his family in a smaller city environment and to work for the Roseville Police Department.

Over the last 17 years, Eric has worked several assignments including; patrol, motor officer, motor officer instructor, off road dirt bike patrol, Rapid Deployment Team, department recruiter, field training officer, report writing instructor and a member of the Multidisciplinary Accident Investigation Team. Eric has been recognized for his service to Roseville several times and was awarded a lifesaving award for helping to save an infant trapped inside a burning vehicle. In 2015 Eric was also named the Roseville Police Officer of the Year.

In addition to being the RPOA President and working as a motor officer Eric enjoys camping and boating with wife and their four boys.

Patrick Ganguet was hired by the Roseville Police department in 2002. After attending the Sacramento Police academy he was assigned to the patrol division. Over his time, Pat has held many roles within the department and is now assigned to Investigations as a Detective.

Pat has been active with the Roseville Police Officers Association and a member of the RPOA board for over 5 years. Pat's goal is to provide a safe, sustainable environment for the citizens of Roseville, as well as the RPOA members.

In his free time, Pat enjoys camping with his family and he travels when he can.

Email: This email address is being protected from spambots. You need JavaScript enabled to view it.
Phone: (916) 666-0613

Richard Rahn began his law enforcement career in 2009 with the Sacramento County Sheriff’s Department. In 2011, Richard lateralled to the Roseville Police Department. Richard is currently assigned to patrol as a Field Training Officer (FTO) and is also an EVOC Instructor. Richard has been recognized for his commitment to the City of Roseville and has been nominated for the Pride of Roseville Award and selected for the Elks Lodge Officer of the Year for 2017.

Richard is currently working on obtaining his Bachelor’s Degree in Criminal Justice. Aside from his responsibilities around the police department and continuing his education, Richard enjoys spending time with his growing family.

Alex is completing a Bachelor’s Degree in General Management and recently joined the Army National Guard. Alex has been a licensed paramedic since 2008. When Alex is not at work he enjoys spending time with family and friends.

Derrick Phelps began his law enforcement career in 2000 in the city of Santa Cruz, when he was hired as a patrol officer.

In 2004, Derrick was hired by Roseville and has worked there since. Derrick worked 5 years as a detective, concentrating in investigations involving special victims. At Roseville PD, he has been a field training officer, a crime scene investigator, a detective, a department mentor and recruiter, and a report writing instructor. He is currently assigned to patrol.

Derrick has a Bachelor of Arts degree in English from CSU Sacramento. He coaches CrossFit Kids at the Roseville Police Activities League. He teaches forensic interviewing for the Center for Innovation and Resources. In his spare time, he enjoys classic car shows, vinyl record collecting, and volunteering at his church.

Email: This email address is being protected from spambots. You need JavaScript enabled to view it.
Phone: (916) 257-9737

Dan Szeto began his law enforcement career in 2002 with the Roseville Police Department. He has worked as a patrol officer, a detective in the Investigations Division, an investigator on the Place County Regional Auto Theft Task Force and as a field training officer. Dan has served on the Roseville Police Department’s Rapid Containment Team (RCT), Peer Support Team and the Roseville and Rocklin Regional SWAT Team. Dan began his SWAT career in 2007 and is currently an entry member on the team. While serving on the SWAT team, Dan has maintained a position as the team’s quartermaster, new operator mentor and assistant team leader.

Dan holds an Associate Degree in Humanities and Administration of Justice from Sierra College in Rocklin, CA and a Bachelor of Science Degree in Criminal Justice from California State University Sacramento in Sacramento, CA. In his off time, Dan enjoys spending time with his family, exercising, riding motorcycles and wrenching on his motorcycles and a project vehicle.

Jim began working for the Roseville Police Department in 2004. Jim previously worked as a Deputy Sheriff for the Santa Cruz County Sheriff’s Office from 1991 to 2004.

Jim is currently assigned to Investigations as a Detective.

Jim enjoys mountain biking in his off time..